In the late 1940s in Portland, Oregon, the newly built Kaiser Shipyards were churning out vessels to keep the United States Navy in the fight. As a result, the nearby city of Portland experienced a boom in growth and prosperity. It was during this time that a group of African Americans decided they wanted to build a new all-black neighborhood. The community they wanted to build was called “Greenwood”.

A century ago, a white Tulsa mob looted, burned and blew up the Greenwood community, home of Black Wall Street, a thriving economic and social center for black Tulsa residents. Within hours, whites in Tulsa destroyed more than 23 black churches, 70 black businesses, 1,400 black homes and 10,000 black residents in 40 square blocks. The Tulsa racial massacre destroyed this thriving city in a city – it was burned to the ground, its residents were driven from their homes, beaten, imprisoned and murdered; their homes and businesses were looted and burned.

This massacre robbed two generations of black Tulsans of the foundations of their family legacy and the ability to create generations of wealth. To this day, the number of victims of the massacre is unknown, while our city searches and digs mass graves to finally give the people of Greenwood the burial they deserve. In Tulsa Public Schools, we remember and honor this community of black doctors, teachers, dentists, lawyers, pastors, restaurateurs, salespeople, realtors, tailors, bankers, printers, photographers, journalists, barbers, hoteliers, grocers, husbands, wives, mothers, fathers, daughters, sons, friends, neighbors, civic and community leaders. In commemorating, we pay tribute to black excellence, entrepreneurship and economic prosperity, which have laid a solid foundation for generations of prosperity, health and community.

We remember the dream and promise of this community, which was violently, forcibly and senselessly snatched away by an act of state-sanctioned terror. We remember and acknowledge the damage done by almost 100 years of blank silence, denial and refusal to name this event: a massacre. In this centennial year of the Tulsa racial massacre and the destruction of Greenwood, we mourn these painful losses and remember the lives that were lost. We also welcome the thriving community that has emerged and the resilience that has been shown despite the terrible violence – physical and economic.

As educators teaching this difficult history, we can develop young leaders who will relentlessly pursue truth, justice, restoration and reconciliation for the black residents of Tulsa. We can create a safe space for students to reflect on the past, look critically at the present, and learn to build a future society in which all citizens of Tulsa have equal rights, freedoms, and opportunities. Author Lois McMaster Budgold said: The dead cannot demand justice. It is the duty of the living to do this for them. For the next hundred years, we will continue to fulfill this sacred duty and teach our children the ugly and painful truths that too many of their parents and grandparents have knowingly and shamefully concealed.

This honest and complete story will be a catalyst for our children to change the world as they emerge from our care and become the leaders our community, country and world need and deserve. Greenwood’s true story has been hidden for a very long time, and it is now our responsibility to make sure it stays open, not only for justice and reparations, but for future generations of Americans. Author and historian Hannibal Johnson said: We will not be a better community if we do not address the wounds of the past.

These wounds – as important today as they were a century ago – are our collective responsibility to heal and repair. White leaders and allies must make room for and demand black voices, humbly listen and recognize that centuries of racial trauma and oppression are not easily overcome. We need to use white privilege to dismantle the systems that support it. Johnson asks a simple but nagging question of Tulsa residents working toward reconciliation in this centennial year: What do you do, what is your role and what is your responsibility? How will we react? Photo by Erica Stone, Black Wall Street Times. 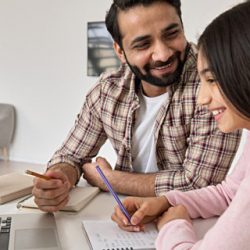 As Cities Drop Remote Learning, Some Families Want It Back 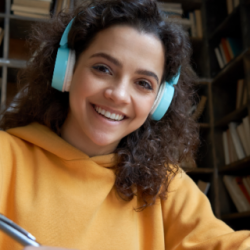 When We Talk to Our Students, Let’s Focus Less on ‘Learning Loss’ and More on Their Learning Leaps